Nashville vs Chicago: neighborhoods, cost of living, quality of life 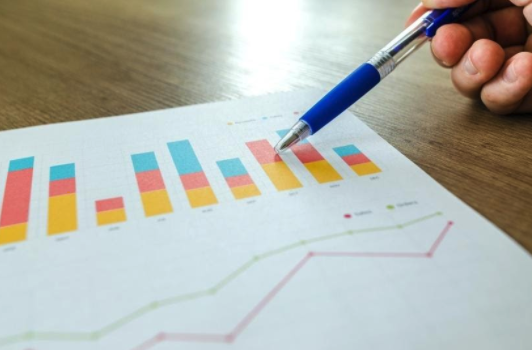 Nashville and Chicago have a lot in common. One of the similarities is their rapid growth which can be attributed to a great job market and a high quality of life in both cities. In this article, we'll compare the two cities, their cost of living, quality of life, and list their top neighborhoods to live.


If you appreciate live music, local coffee shops, first-class dining, and plenty of outdoor spaces, and don't mind the heat and the traffic, Nashville could be the place for you.

The cost of living in Nashville is reasonably low. It is more affordable than Denver, Austin, and even Portland.

Additionally, Nashville offers an abundant number of job opportunities and has low unemployment rates. Nashville, a.k.a. Music City, is probably best-known for its music scene.

However, it is a common misconception that the music business is the only business in Nashville. In fact, technology and health care are the biggest employers. The expanding job market has young professionals from all over the country flocking to Nashville. The city has become a startup hub and home of many massive corporations.

Like many other cities in the eastern and southern parts of the country, Nashville gets very hot and humid in the summer months, with average temperatures in the high 80s, which is a common complaint among its residents. However few people would ever consider leaving Tennessee for good because of the heat — they would rather spend the summer out of state and come back in the fall when the temperatures are pleasant.


Located on the east side of Cumberland River, just across the river from the heart of Nashville, East Nashville offers a small-town atmosphere and all the amenities you'd ever need. It's the neighborhood with the largest geographical footprint and consists of several smaller neighborhoods, including Lockeland Springs, Greenwood, McFerrin Park, Maxwell, and Eastwood.

This neighborhood has been popular with artists and entrepreneurs for many years. The east side of the city has witnessed giant renovations and business growth over the past decade but it's also a haven for arts and culture. Both locals and travelers love its local breweries and restaurants.

This trendy, bustling neighborhood attracts the type of community that enjoys nightlife and eating out. The Gulch neighborhood boasts some of the best new restaurants and bars in town, boutique hotels, and chic condos.


Located about 15-20 minutes south of downtown Nashville, Brentwood offers a quieter, suburban atmosphere. Housing in this popular area is more affordable compared to many other neighborhoods, offers more yard space, and the housing stock is newer. Brentwood is home to a growing number of young professionals and young families. Other perks include safety and the proximity to Radnor Lake State Park, a perfect setting for outdoor activities such as swimming, biking, and hiking.


This historic Nashville neighborhood is located southwest of downtown Nashville. Being the heart of Nashville's music industry, Music Row is full of record label offices, radio stations, and some of the world's most prominent recording studios. Naturally, a lot of music workers and music lovers flock to this neighborhood.

It is always full of tourists hoping to see their idols, but that doesn't mean living here is not fun. In addition to historic music venues, there are many restaurants, bars, coffee shops, and parks. Upscale condos and apartment buildings dominate the housing market. Since it is popular with young people, many of its neighborhoods are full of rentals in which college and grad students live. Therefore, buying a house here is not that easy.


Chicago is the nation's third-most-populated city while Nashville is the 24th. Unlike Nashville, Chicago is considered as an expensive place to live, which might make settling out of state of Illinois seem more reasonable. Chicago's taxes are high compared with other cities and its property tax is the second-highest in the country. On the bright side, there are plenty of job opportunities, especially in industries such as manufacturing, publishing, finance, and food-processing.

Chicago residents are fortunate to live in a city that is very walkable. In addition, Chicago boasts the second-largest public transportation system in the nation. Thanks to convenient bus and rail options as well as bike sharing, owning a car is not a necessity.

Chicago has been historically linked to crime and famous criminals. Although some still refer to it as the nation's “murder capital”, big steps have been made toward reducing violent crime rates, and statistics show that the situation has significantly improved.


Logan Square is an up and coming neighborhood popular with artists and recent graduates. This artsy, quiet West Side neighborhood has a lot to offer - from stunning architecture, lovely parks, cocktail bars, craft beer taverns, restaurants, quirky coffee shops and delis, to art galleries, music venues, and a Sunday farmer's market.


As it has more bars and restaurants than most of its surrounding neighborhoods, Wicker Park has become a popular destination for young people and one of the city's hottest neighborhoods. In addition to an active nightlife and hip entertainment venues, Wicker Park also offers minimalist cafes, quirky shops, specialty grocery stores, cool fashion boutiques, and beautiful parks. Not to mention its incredible fine dining options and some of Chicago's most classic venues.


This South Side neighborhood has a rich history. It is the site of the 1893 Chicago World's Fair and has a home designed by Frank Lloyd Wright. This neighborhood is home to the Museum of Science and Industry, the University of Chicago, and a portion of Jackson Park. As it lies on the shores of Lake Michigan, its residents can enjoy stunning views and easy access to the lakefront running and biking path.


Pilsen lies on Chicago's Lower West Side. It boasts world-class food and art scenes. It has many restaurants with live music, cozy local coffee shops, and beautiful murals, works of talented street artists.

Once a dangerous neighborhood, Pilsen is now considered a reasonable place to live. Unlike Logan Square, Pilsen is a transitional neighborhood that is not yet completely revitalized, so you can often get better deals on housing here.

If you're considering making the move from Chicago to Nashville, it may be a good idea to compare the cost of living through this 2020 cost of living calculator.
← Go Back Share this article